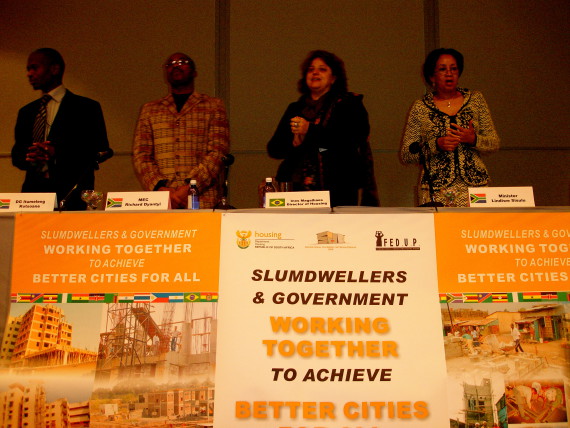 In anticipation of The National Human Settlements Indaba and Exhibition (16-17 October 2014) we share a speech made by Lindiwe Sisulu, Minister of Human Settlements in 2006 about the Department’s partnership with Shack/Slum Dwellers International (SDI) and the Federation of the Urban Poor (FEDUP).

During this event the minister recognised the inherent value of partnership with the Alliance and of promoting community-led development processes:  she signed an MoU binding Provincial MECs to pledging 1,000 subsidies per Province per annum to FEDUP.  Since 1994 the Alliance has partnered with national, provincial and local government, pioneering new methodologies of community organisation. This year’s Indaba will be held in Johannesburg and focuses on the theme of “Building partnerships for accelerated delivery of human settlements”.  Both SDI and the South African Alliance have been invited as partners who reflect and voice the interest of the urban poor.

President of the Slum Dwellers International,

President of the Federation of the Urban Poor,

Representatives of other different community based organisations present here ,

I accepted the honour to open this Conference with a great deal of humility. Humility because I, who represents those who are seen to have plenty, have to stand here in front of you who represent the poorest of the poor and pretend that I have some words of wisdom to impart to you. But I stand here with pride, and I am proud too, because you have chosen my government as a partner in a cause that goes right to the heart of what we are and what we fought for all those years. For me this can only mean an endorsement of your confidence in us, that with us, through us, your ideals can be achieved.

I welcome your confidence in us for we, in turn, will use it to spur ourselves on to ensure that our common goals are realised. It is an honour for us to be counted as one of the champions of the poorest of the poor.

The great revolutions of modern times have, apart from the influences of technological advances and progress, been the result often of the kind of progressive action that had found its source from the grassroots. Such has been the influence and the power of the grassroots in the present time that none who held political power could on their own define and occupy the political space that is critical to issues of sustainable development.

We are all one human force, inexorably drawn to the ideal that until all are free, free from the shackles of poverty, none of us is free. Because by some strange reason we are bound to this universe together. There is some logic in this contradiction. If we are to move forward – progress, our collective pace will be determined by the slowest, in this case the lowest. The great irony of our time! The future of our civilisation rests on how we determine our way forward. We shall not be identified as the civilisation of great poverty, that cannot defines us, we who are proud inventors of everything that has culminated into our launching into space to seek answers about what lies beyond. Perhaps, this is a justifiable deflection as we remain unable to solve problems that lie at our feet. Intellectually, one of the best periods of recorded history, but morally very wanting. The consciousness of the rich closed to the poverty that surrounds them.

In convening this Conference, the Slum Dwellers International and the Federation of the Urban Poor, give us reason to have greater confidence that the common struggle we share against homelessness will indeed achieve its greater results during our own lifetime. No moment in the history of human society has landed itself to this possibility other than ours. 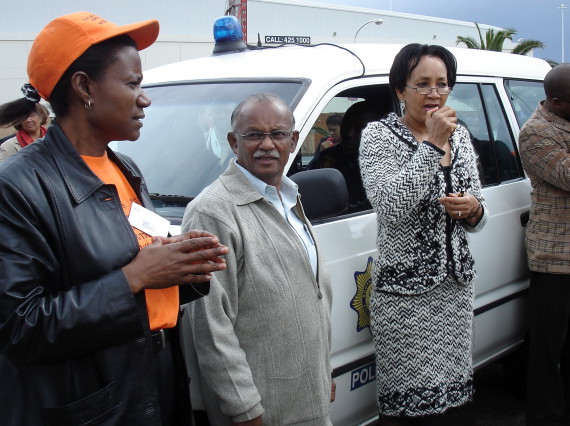 I have just retuned from a trip to India – a most valuable learning experience it was. I did not get to see the Taj Mahal but what I experienced was more valuable than the Taj. I went out to see the pavement dwellers of Mumbai living in the most shocking conditions on the edge of society – having lived that way for all their lives. But a people with hope. An entrepreneurial people taught me the value of saving and the spirit that drives them to ensure that they do provide a house for their families. A people determined that they will do their bit to restore their dignity.

I yearn for that spirit here. A spirit that says this is our government – how can we help it in this huge challenge to provide housing? What can I – sitting in a shack house – do to help ensure that I too have a house? We need to infuse this in our people. We were once a proud people that moved heaven and earth and did do the impossible. The present challenge is within our power to resolve.

In India, I also had a tour of projects that had been undertaken by slum dwellers, projects that demonstrated resourcefulness, originality and innovation. They vindicated the belief I had always had that if government was to accelerate the delivery of housing then the complete involvement of the poor needed to receive full support.

I then began to reflect on the 2005 World Summit Outcome that committed governments to specific actions in relation to slum prevention and slum upgrading. Key among the resolutions was the commitment to increase resources for housing and the related infrastructure.

Ghandi believed that there was an innate goodness in human nature which at all times is able to perceive the truth as though by instinct.

I have been very attracted by the founding ethos of Shack Dwellers International: that no matter how disadvantaged, we can still do it ourselves, that in fact it is nobler if we do it ourselves. Help me plant this into the heart of every disadvantaged South African. Help me inspire them to stand up.

Having ourselves placed the issue of slum prevention and slum upgrading at the top of the international agenda we resolved not only to prevent new slum formations but to also look into the existing policies, legal, institutional and regulatory frameworks that hinder our abilities to deal with slum formation in ways that affirmed and strengthened our relationship with the poor.  We therefore resolved to review the frameworks that exist to enable an environment where the full capacities of community organisations and non-governmental organisations were utilised. In practice, amongst other things, this will mean the promotion of community-led development processes in slum prevention and slum upgrading and the identification of ways to assist initiatives relating to savings.

I am gratified that the relation we have cultivated with yourselves has enabled us to implement some of these resolutions already. The Homeless People’s Federation, that we had interactions with in 2004, enabled us to make this start.

The Conference cements the relationship by now enabling us to act together at the international level. It is my hope that such collaboration will help encourage a fundamental rethinking of issues connected with sustainable development and the achievement, specifically, of the Millennium Development Goals. It is a great contradiction of our times, in my view, that whilst on the one hand we correctly extol the virtues of economic progress and political stability, on the other hand, we remain unable to expend and invest sufficient resources to achieve those outcomes.

I have had occasion to look back and assess the damage done to all of us in this country by the policies of inequality. It has cost us dearly. If eighty years ago we had all progressed along the same path, I leave you to imagine where this country would be today. We held back on the development of a segment of our society and we live with those consequences.

The steps that we have taken to support and assist initiatives from the Slum Dwellers International and Federation of the Urban Poor recognizes this singular truth. As government we recognize that apart from the market mechanism other initiatives and ways that have their origins in the people who make up our cities and towns, exist. 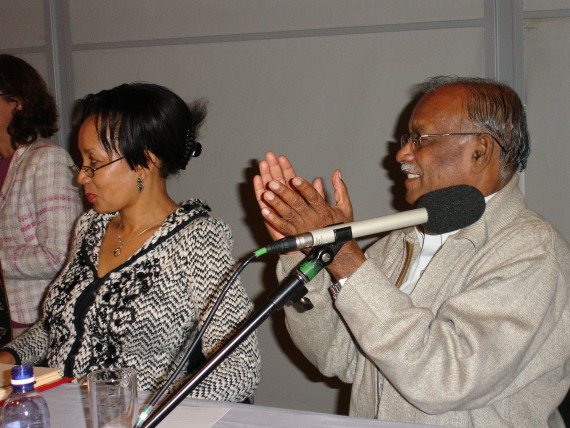 This is the experience that yet again I was exposed to when again I visited Thailand last year. I was exposed to a unique programs that forms partnerships between communities, government, and other stakeholders in identifying and developing suitable land for housing. This was a partnership to ensure that communities were located in the most opportune locations where their actual needs could be addressed in a sustainable manner.

We are thus committed to learn through practical experience and to enhance our programs to ensure that community needs are achieved. And I thus welcome the proposed structured cooperation arrangement that will be established during the Conference for the implementation of projects linked to policy and strategy enhancement.

The Conference is a unique opportunity for all of us to learn how partnerships with civil society are formed and should operate.

I would like to congratulate all of you for the achievements that both individually and collectively you have made in advancing the cause of slum dwellers.

Finally, Jockin, I do not know what to say to you. You remind me so much of my own father. You are beautiful in every single way!

I thank you most sincerely.