A young architect working with CORC, Mr. Olwethu Jack, was awarded one of nine “honourable mentions” in the most recent international architectural competition hosted by CA’ASI Association, an international ” “club” open to all those who love contemporary architecture and design“. In a press release dated 2 April from CA’ASI Paris headquarters, the international jury, after having reviewed 194 projects submitted, announced the winners of Young Architects in Africa competition which aims to highlight African project creativity, and help a rising generation of young architects achieve worldwide recognition. This follows the successful previous editions of the awards of New Chinese Architecture in 2010 and Young Arab Architects in 2012.

The CA’ASI Association has been established to promote the dialogue between architecture, contemporary art, and the Biennale visitors. For the 14th International Architecture Biennale, the CA’ASI has opened the doors of Palazzo Santa Maria Nova to emerging African architects in order to emphasise the creativity and originality of new African architecture, and to help it gain world-wide recognition.

In Mr. Olwethu Jack’s submission form, primarily citing his supportive work with the communities of Mtshini Wam and Langrug, he writes 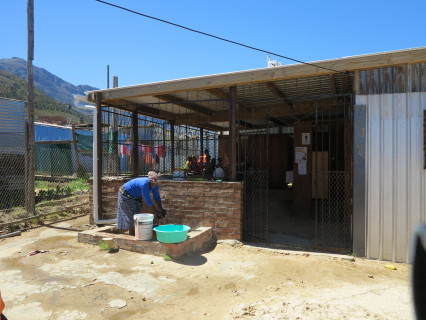 The Young Architects in Africa competition recognizes and concerns architecture in a broad sense, and “there is no particular type of project to submit. You can submit either built or unbuilt projects. The program, category or size are not imposed. All types of projects are welcome.” (Project Information FAQ). AS.Architecture-Studio defines architecture as “an art which is socially committed and engaged in the construction of mankind’s living environment”. It is based on team work and shared knowledge.

These projects will be exhibited at the CA’ASI, AS.Architecture-Studio’s Common House in Venice, as part of the 14th Architecture Biennale’s Collateral Events (June 5th – August 30th 2014), then at arc en rêve centre for architecture in Bordeaux, the Academy of Architecture in Paris, and several other cultural institutions across Africa. All projects from the candidates to the YAA competition will be published in a widely distributed bilingual catalog.