By Baraka Mwau (on behalf of CORC)

Editors note: In April CORC and ISN launched community forums in Khayelitsha with the view on generating an alternative view on city building processes. The first community forum was held in Enkanini close to Baden Powell Drive in Cape Town, followed by workshops in UT Section. This report outlines a parallel forum facilitated by CORC on more inclusive measures in urban and housing policies. 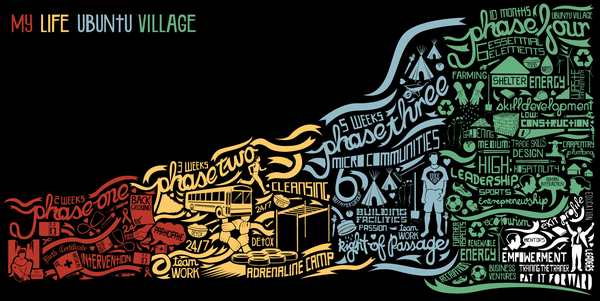 My Life Ubuntu Village graphic by One Horse Town

Why did the South African government prioritise housing at the dawn of democracy in 1994?

What has been the role of the civil society in advancing spatial justice and making urbanisation inclusive in the post-apartheid South Africa?

What are the fundamental tenants of the various urban and housing policy frameworks?

These are the fundamental questions that opened up a deliberative forum called “The Learning Space” on Tuesday, 18th June 2013 at the SDI SA Alliance Cape Town office. We created a space to convene conversations on the policy and practice of building more inclusive and pro poor cities. Drawing on the experiences of organised communities aligned to ISN and FEDUP, community leaders and support NGOs are reflecting on the policy trajectory, the evolving urbanisation landscape and try to evaluate ways of advancing a responsive approach towards building more inclusive cities in South Africa. What have been the achievements? What are the obstacles? How are the communities involved in the implementation of government policies related to low-income housing and informal settlement upgrading? 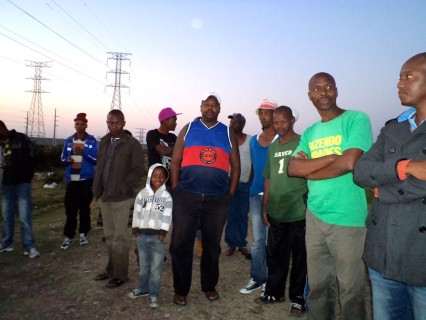 A brief background was provided about the roots of government’s commitment in 1994 to universal access to housing for South African citizens. It emerged that following years of apartheid regime, access to urban land and housing was restricted (or limited to the black labour force working in apartheid industries) and this led to the institutionalisation of adequate housing for all. This echoes the main tenants of the independently drafted Freedom Charter heralding “the people shall govern” in Kliptown, 1955. At the same period, the World Bank promoted a “site and service” approach to housing the urban poor, which called for the state’s intervention for a once-off intervention to fund individual home ownership. This has proven ineffective in diagnosing the urban crises South Africa faces.

South African cities have experienced rapid urbanisation since the undoing of the pass laws in the late 1980s. Housing is one of the largest demands in the post-apartheid city. However, despite tremendous achievement by the government in delivering more than 3 million houses, the rate of housing delivery could not or have not matched the demand to date. The huge housing backlog substantiates this deliberation, that has received a lot of scrutiny in all sectors.

We discussed and examined the most imminent programmes at the national, provincial and local government spheres dealing directly with the conditions of urban poor in South African cities. The Delivery Agreement between the Presidency and the minister of National Department of Human Settlements signed in 2010 has set ambitious targets to provide 400,000 households in informal settlements with basic services and secure tenure by 2014. This entails the provision of 6, 250 ha of public land for low-income housing. The provincial targets are displayed in the ensuing table:

In the forum, UISP was discussed substantively, since the alliance sought to establish the oppourtunities presented by this programme to the urban poor. This programme has room for advancing a case for incremental housing and challenging traditional upgrading practice in South African municipalities.  That was one of the emerging opportunities. Importantly the audience, in relating to experiences of working with various municipalities, observed that UISP has had various interpretations.

Two paradigms (approaches to the informal settlement challenges) were identified: municipalities that have prioritised upgrading agendas end up identifying Greenfields for UISP implementation, and secondly, some municipalities have applied UISP to true in-situ upgrading ethos. UISP and most national and local government programmes in upgrading and housing for the low income, clearly stipulate mandatory integration of a ‘participatory process’.

However, it is important to raise a fundamental question: has participation become mere compliance by local government? An attempt to answer that question opened a debate on how organised communities such as ISN and FEDUP can be on the forefront in ensuring that meaningful participation of affected communities is attained. It is thus inevitable to integrate such critical component without being an active player in the realization of these programmes (planning and implementation). It is a reality resulted to further interrogation of how NGOS and communities should approach partnerships with the local government.

Anchoring partnerships within the implementation of such programmes as UISP was pointing towards such a strategy. However, the debate not conclusive enough, in the nature of strategy to deploy-which partly sets the agenda for subsequent discussions. The agreement was to nurture such a strategy that clearly outlines how communities can be in more influential in municipal budgeting and allocation of expenditure.

Towards the conclusion of the session critical questions were raised:

The way forward for the Alliance seems to depart from the evaluation of the current impediments facing the desired level of participation in these programmes.  The partnership platforms which the alliance has established with various municipalities can be strengthened towards greater integration. However, this change should also be reflected in the formal planning appartus of the local government, such as the Integrated Development Plan (IDP) and the Spatial Development Framework (SDF). These tools should be co-produced between communities at the ward level, City officials, academics and so forth. This not only advances the agenda of the alliance but also, as strategy for the municipalities to upscale their capacity in addressing informal settlements. This is observable in the relevant municipalities where the partnerships are ongoing.